Surfing is one of the sports that lends itself best to being documented in a film.
The harmony of the movements that are reproduced, the lines drawn along the walls of the wave, the splashes of water after a cutback. They are reproduced on the screen like a poem.

To enrich it all the colors of the sea, the coral reefs on the seabed and the wild places where the waves break create a spectacular backdrop.
Numerous Hollywood films have been produced to promote these spectacular images.

Here we bring you a series of films that you can watch with friends or family to introduce them to the world of surfing!
We've also added a little EXTRA to this list, a must see!

A pure surf docu-film released in 1964 in the USA, which became a commercial success.
Narrates the travel diary that follows Robert August and Mike Hynson around the world in search of the perfect wave.
It is the first feature film that captures the essence of surfing like no other before.
Even today, images, storytelling, music and design represent timeless icons.
A movie that every surfer should have to appreciate the surfing of those times and savor that vintage style on siglefin longboard.

Big Wensday is perhaps the film that most influenced the surfers of the older generation.

Released in 1978, it inspired many young people to enter the water with a surfboard to imitate the feats of the young Californians protagonists in the film.
It is the Hollywood movie that best portrays the essence of the surfer's life.
Director John Milius was inspired by his youthful adventures along the Californian coast in Malibu.

The film tells the story of three young surfers during the summer of 1962. United in friendship and adventures between parties, raids and surfing.
Until they are forced to face reality with the call to the draft of Vietnam.

It absolutely is a must to see to get carried away along the Californian waves of this Classic Surf Movie.

It tells the story of Rick Kane, a promising young surfer who surfs in wave pools in Arizona.
The young man determined to become a professional surfer decides to test himself by going to Hawaii, but finds a more complicated situation than he expected.
Inside the film there are more cameos of many surfing legends such as Mark “Occy” Occhilupo, Laird Hamilton and Gerry López.
A movie funny and with some surf clip interesting, suitable for the whole family.

The impact of Point Break on the youth of the 90s was enormous.
Generations of new surfers are born thanks to this action movie!

The film is about a young FBI policeman (Keanu Reeves) who, in order to investigate a gang of bank robbers, infiltrates a group of surfers, of which Bohi (Patrick Swayze) is the leader.
A great movie which can charge you with adrenaline thanks to content rich in action, chases and surfing.
Point Break is a classic film also recommended for non-surfers.

Inspired by the true story of Jay Moriaty, a young surfer who, at the age of 16, was surfing the giant Mavericks wave in California.
Young Jay is initiated and trained by one of the local pioneering surfers, played by Gerard Butler to get ready to surf the mighty Mavericks wave.
The film is packed with water action scenes on big, powerful waves, and features a very thoughtful and motivating look on surfing.

Bob is a 25-year-old whose main concern is surfing. But a fatality occurs to him, he is diagnosed with terminal cancer, with a survival of a few months.
The news has a very strong impact among his group of childhood friends, each with a life tangled between professions and personal problems, who decide to embark on one last adventure all together.
They decide to kidnap Bob from the hospital and head to Mexico to surf together.

A film with a strong emotional impact that sees i values of friendship linked to surfing and the spirit of adventure.

Film set in Australia in the seventies.
Brothers Andy and Jimmy live with their mother in Margaret River, where they grow up and perfect their surfing technique.
Jimmy, the youngest, turns out to be an excellent surfer by winning several races, but enters the world of crime to pay off family debts.
Andy then decides to bet on Jimmy's talent by opening his own business: together the two dedicate themselves to the production of new surfboards with an innovative design.
But local crime continues to create problems for him.

An excellent film, which centers the plot on family values.
Furthermore the surf scenes are well shot and adrenaline pumping!

The film tells the adventures of a free surfer, played by Matthew McConaughey.

Arrived in California to surf, he experiences an existential crisis when no waves arrive for over a month. He is then proposed to participate in a reality show inside a house with parties and models to scream.

A comedy fun suitable for the whole family.

The film is inspired by the true story of Bethany Hamilton.

Young and promising Hawaiian surfer begins to get noticed in surfing competitions, so much so that he earns the sponsorship of Rip Curl.
During a session with a friend, a tiger shark attacks the young Bethany.
In the hospital the girl loses her arm and from that moment a crisis begins due to the inability to do what she loves.
But with great willpower and the support of friends and family, the young surfer will be able to get back into the water.
A film with a strong emotional and motivational impact.

Suitable for the whole family, a film that can transmit important values of life even to the little ones.

This Netflix original film is set and shot entirely right on our beloved island of Fuerteventura.
Inspired by the true story of a local surfer who finds himself abandoned at sea after falling off a cliff while on his way to surf.
All the shots were taken in Fuerteventura and you can appreciate the magnificent landscapes of the island.

We classified this movie as an extra because it's not really a surf movie, but one derivation of surfing.

In fact it tells the story of how some Californian kids start a movement and a culture based on skateboarding, which began as an alternative to emulate surfing movements and maneuvers.

The film is set in Venice Beach, California 1975, and is the story of the Z-Boys which includes skateboarding legends such as Stacy Peralta, Jay Adams and Tony Alva, pioneers of this sport.
A fun comedy, appreciable and well done from a cultural and sporting point of view. 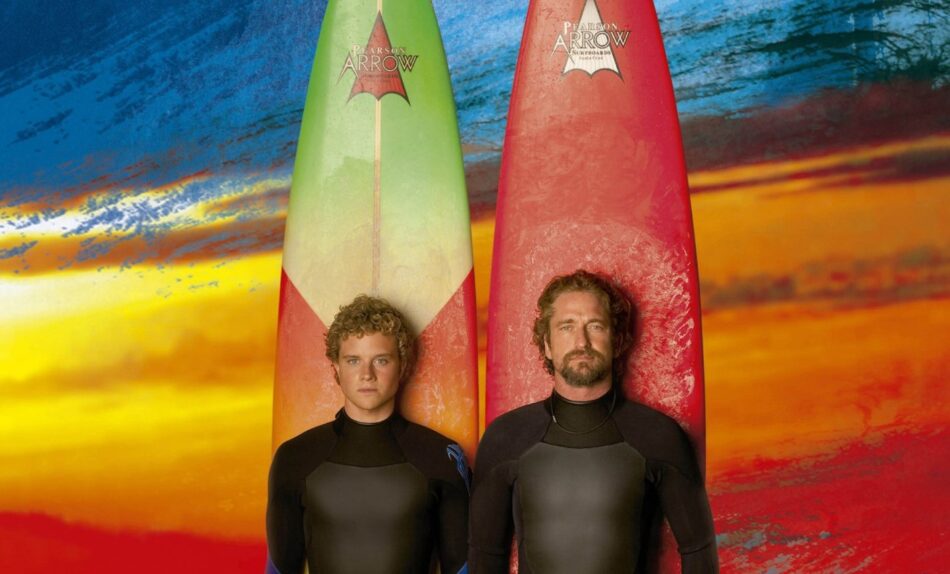