Along the beach of El Hierro, Bubble is one of the fastest waves on the island.

Characterized by an often vertical start, it is a strong wave that not everyone is able to face and also produces excellent tubes.

It generates both left and right waves, but usually the right is generally longer and more fun.

Bubble is a commercial where the localism is very strong, especially on the best days.
If you see that there are already a dozen people on the line-up, my advice is not to enter because you will hardly be able to catch a wave.

To enter the water you have to jump off a rock which is located between the left of Hierro and the right of Bubble. 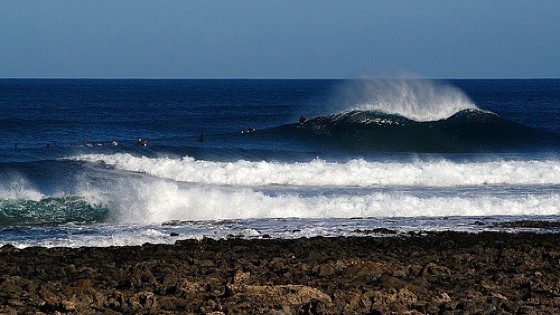 How to get: about a kilometer and a half from Majanicho you can find the first large parking lot on the right just in front of the Bubble wave.
Coming from Cotillo instead, after having passed a descent that ends with a curve on the left you will find a sign indicating the name of the beach.

Below you will find all the details of the spots in the north of Fuerteventura!

Request information about ours Surfcamp and ours Surf courses