What is the Surf Forecast?

All surfers who are lucky enough to live near the sea have a single thought when they wake up in the morning.

When the alarm goes off, the surf forecast opens automatically on the mobile phone to check the sea conditions and see where to go surfing.

Until a few years ago, the best way to know the sea conditions was to get in the car with the boards and go personally to see each spot.
Or check the weather reports via radio and on the newspapers.
Nowadays there are many applications or websites where you can look at the forecast of the waves all over the world, along the week or even in real time.

But let's be clear

"Forecast" you can find is not a real forecast but just some datas.

Different data are collected through satellites and buoys in the sea, from which meteorological forecasts are calculated.

It is important to take into account that they are only forecasts and not certainties.
This is because there are many variables that affect the wave motion until they reach the coast where we are going to surf. 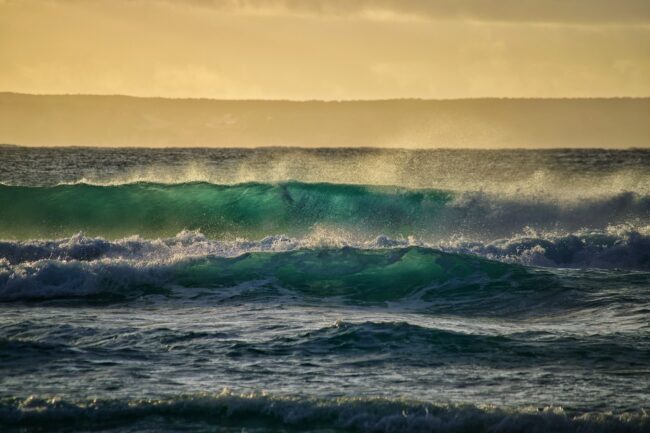 How to read the wave forecast

The variables that interest us to see how the waves break in our favorite spot are:

In the upper part we see how the data reported refer to a period of 3 hours for each day.

Below an assessment of sea conditions is envisaged expressed in "stars". The higher the number of stars, the better the waves should be. This parameter is very relative. Don't take it too seriously.

In the lower part you find the climatic conditions and the air temperature, of which you can choose the unit of measurement whether in degrees centigrade or degrees fahrenheit. The standing meters will also be changed accordingly.

In the forecast the height of the wave is reported.

This data however isn't the real size of the waves, because each wave is different from the other and will have a different height respectively.

The one we see is the significant wave height (Hs).

So what does the forecast refer to?

This significant height is a statistic. It is defined as the average height of the highest third of the waves considered.
Although this definition is complicated, it is actually convenient for working on sea forecasts.

Why is significant height used and not simply an average of the total height?

Mainly because the significant height reflects very well the height of the waves that can be observed. It also allows you to have a more precise idea of the real sea conditions.

Let's be clear with an example 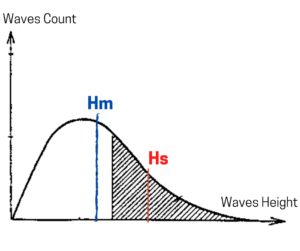 In the graph we have the wave heights in the horizontal axis and the number of waves in the vertical axis.

The third of the largest waves is highlighted and our height significant Hs is the average of the size of these waves.

The largest number of waves measured has a height around the average (Hm), and this will be less than Hs, Hm = 0.64 Hs

The direction of the swell is indicated by a white arrow on a blue background, between the height and the period.

Usually the coast receives waves from multiple directions, but only the most significant for the spot is reported. This distinction is made by comparing the parameters of direction, force and period.

They then split up primary and secondary swells.

The wave motion with the greatest potential to reach the coast is usually given the title of "primary swell“, while the subsequent wave motion will be of a shorter period and classified as a secondary swell.

The way the waves break on a spot depends on the direction the beach is facing and the topography of the seabed.

The period is an important fact reading the wave forecasts because it tells us a lot about how the waves arrive at the coast.

For definition the period is the time between the crest of two consecutive waves passing through the same point. 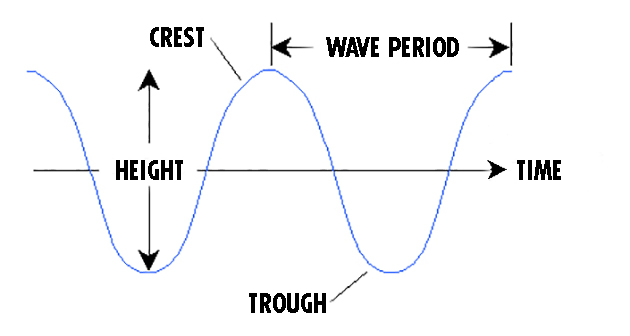 The greater the period, the greater the energy that is pushed upwards from underwater.
In this way, waves are formed bigger, more uniform and tidy.

On the contrary, with less period the waves are closer to each other and the sea is more agitated.

Fuerteventura is an island very exposed to winds generally coming from the north.
It is very important to count on this factor for the evaluation of the waves.

In the forecast that you find under the description of the spot you will find indicated the direction and speed with which the wind blows in the specific beach you are looking at.

Here is an example

The wind speed affects the force with which the air current passes.

The wind direction has a fundamental influence on the waves.

We need to know if it's better to go to a spot rather than another depending on how the wind hits the waves.

There are different terms depending on how the wind blows on the sea: 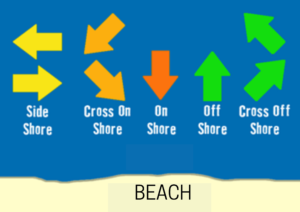 Request information about ours Surfcamp and ours Surf courses 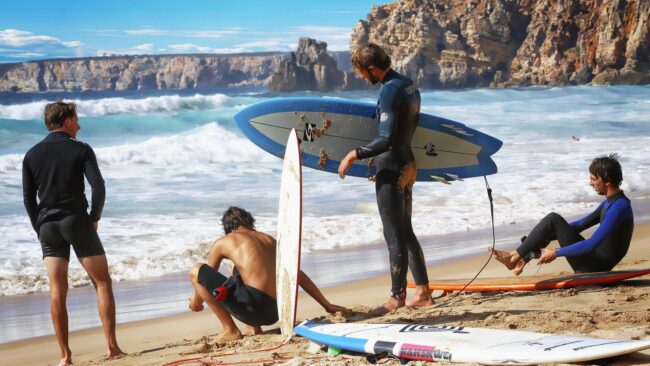 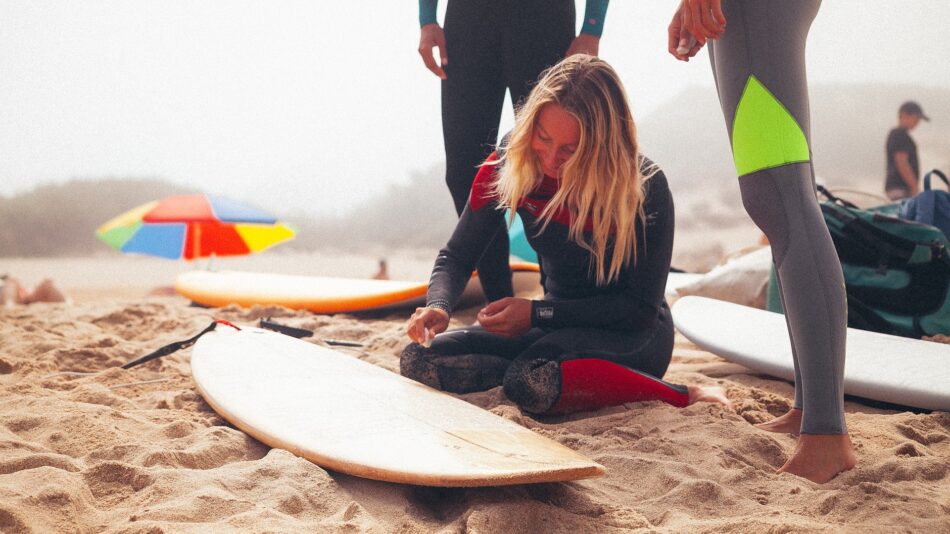