Discover all the surf spots along the West Coast of Fuerteventura 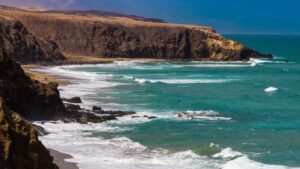 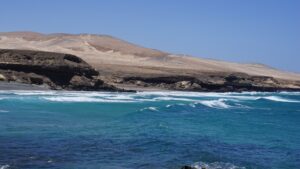 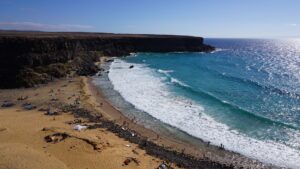 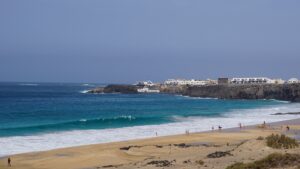 This is the west coast of Fuerteventura.
This whole area has undergone much less human intervention.
In fact, apart from a few exceptions, the towns located in the western part are mostly small towns that maintain a rural aspect of the island.

Among these we find Ajuy, a small town made up of a few houses and a few restaurants.
Many of the inhabitants are fishermen and go out to sea at night to return early in the morning with fish to be sold in restaurants or at the market.
To pass the days we find ourselves on the two beaches, Playa de los Muertos and Playa de Ajuy, both with the characteristic black sand.
It is also possible to visit the large caves inside the cliff, known as "Las Cuevas de Ajuy"

Another example is Los Molinos which has about twenty small houses and two restaurants arranged around the small bay.
This is certainly one of the places where time seems to have stopped.
We can also enjoy this effect by letting ourselves be carried away by the calm of this place and maybe enjoy a sunset by the sea. 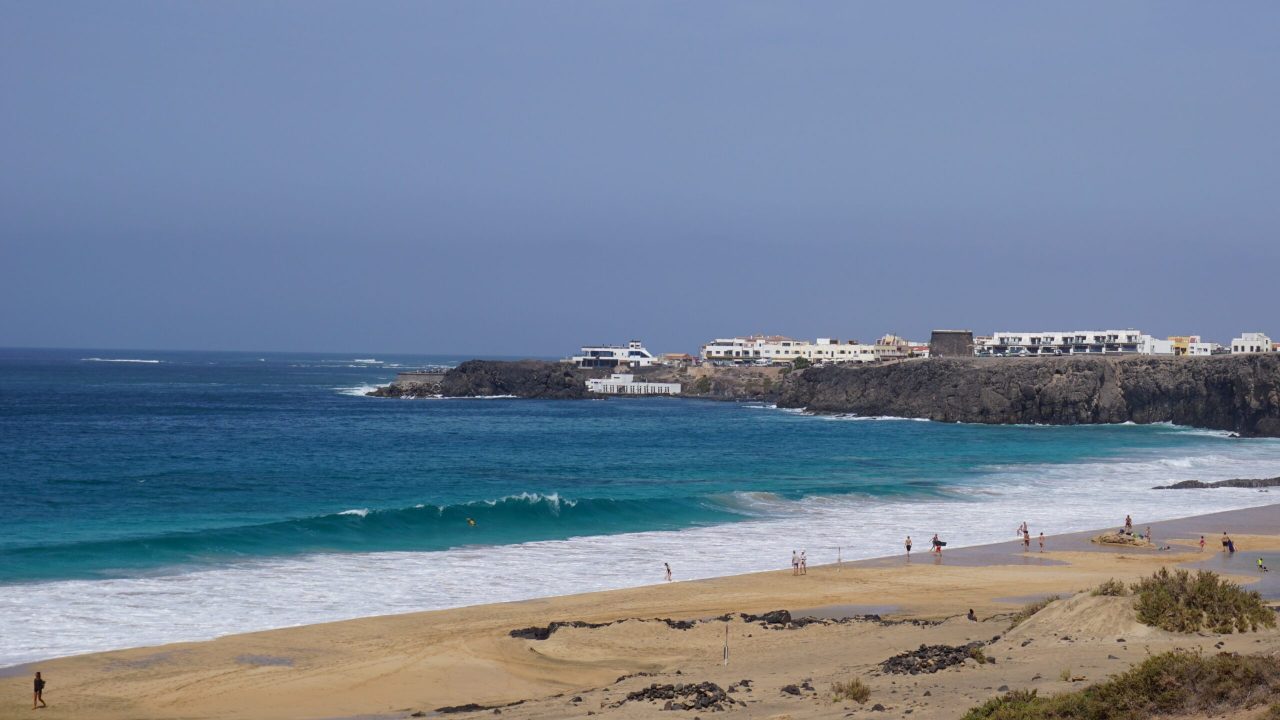 Where to surf along the west coast of Fuerteventura

Proceeding south we find La Pared, which has a modest residential and holiday area, but with few services or restaurants.
The feature of this place is the large beach dominated by the cliff, Playa del Viejo Rey.
All along the beach you can relax and surf, without being in the midst of an excessive number of people.

Surfing here can be a lot challenging on days of strong storms. But often the conditions are excellent for an intermediate level or beginner thanks also to the long foams that form towards the shore.

Further south begins the large beach of Cofete.
12 kilometers of pristine beach separates the ocean from the towering mountains and creates a breathtaking spectacle.
But not the whole coast remains completely wild.

On the north El Cotillo it is a country that bases its economy on tourism.
In addition to the various services it offers, such as restaurants and hotels, a further guarantee that brings many tourists every year are certainly its La Concha beaches and Piedra Playa above all.
The latter is similar to the beach of La Pared, a large beach dominated by an imposing cliff.
This is because as the west coast faces the open ocean, storm surges over time have eroded the cliffs and created beaches at their feet.

And just like in La Pared too in Piedra Playa surfing is a constant. Wide enough for everyone to surf.
Wide foams on the shore for beginners and different types of waves outside, with the possibility of taking tubes with the right conditions.

A little further south of Cotillo there are two other beautiful beaches.
Playa del Aguila, Also known as Las Escaleras, due to the fact that to descend from the cliff to the beach, a very impressive long concrete staircase is used.

Playa de Esquinzo perhaps even more beautiful than the previous one is a small beach bay carved into the cliff.
Often in the "lean days" it represents the salvation for the surfers of the north of the island.
This is because the storms come in very easily and the waves are of excellent quality.

All the details of the spots on the west coast of Fuerteventura!

Discover all the surf spots along the West Coast of Fuerteventura

Often with ours surf courses let's just go to Piedra Playa to take lessons because it guarantees a continuity of waves with different storm surges and different conditions depending on the surf level.

In addition, in our surf courses we take you to the best spots on the island following the conditions of the day and the level of each of our students.

We form groups diversified by level and experience, for growth and specific teaching for each student! 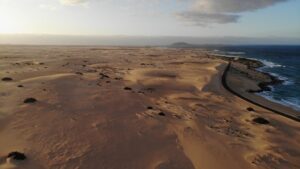 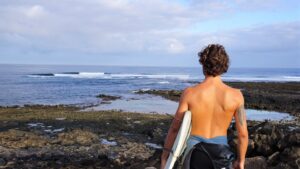