The Canary Islands are called the "Hawaii of Europe” due to the similarity between the two archipelagos.

Both of volcanic origins, they have numerous rocky bottoms along the coasts.
The reefs derived from lava flows contribute to the formation of powerful and quality waves.

The best time when the storms reach the Canarian coasts is definitely winter.

In fact, with the end of summer the wind, typical of the hottest season, blows less constant and weaker.
Starting from the month of October, many surfers arrive in Fuerteventura to take advantage of the winter season.

Big swells coming from the north produce "high period" waves, and consequently excellent to surf.
Remembering that the period is the length of time between one wave and the next, the longer this time interval, the better the wave.

Many move for the duration of the season to take advantage of the milder temperatures of the Canarian winter, with its constant 22/23 degrees all year round.
In Europe, only in the Canary Islands we can surf under a hot sun even during the winter.

Why is winter the best time to surf in Fuerteventura?

It is impossible not to know that the waves that surf come from a long journey before reaching the coast.
They are formed in the open sea.

Passing from a high pressure to a low pressure area, the air currents descend and hit the sea.
Consequently, a wave motion is produced at this energetic impact.

This area is called "fetch”, where another mystery reigns. In fact, even if the waves come from the same fetch they will never be the same.
Every wave is unique.

During their journey from the fetch to the coast, the waves separate from each other. So that you can see the fastest ones arrive first, with a shorter period, like in a run-up.
Delayed, slower waves are usually more powerful and have a longer period. 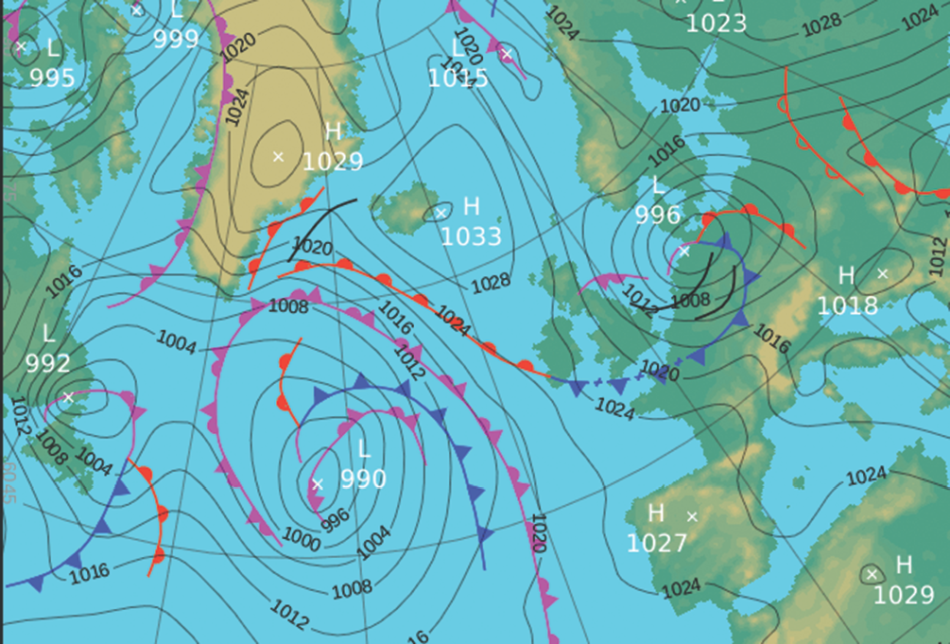 The reason why exceptional swells reach the coasts of Fuerteventura in winter can be found many kilometers further north.

In the North Atlantic during winter, areas of low pressure form, which then move north-east.
In this transfer of energy, a continuous motion of waves is created that proceed south from the fetch zone where they were generated.

This is how the swell reaches Fuerteventura, hitting it along the north coast and offering the best waves to the surfers, ready to ride them.

The North Shore of Fuerteventura

This stretch of coast is characterized by volcanic reefs that guarantee a continuity of waves, regardless of the strength or direction of the swell.

In fact, since there are no sandy bottoms, the seabed remains unchanged even after strong storms.
Quite different than what happens to El Cotillo and to Esquinzo.
In these beaches to have a good quality of waves it is necessary that the sand banks on the seabed are well arranged.
And a right direction of the swell is also needed.

Here then is that the North Shore of Fuerteventura becomes the dream destination for every surfer.

The many waves we found here are different from each other depending on the comformation of the seabed.
But all of them can be considered of excellent quality.

Along the entire coast you can find many spots, differently exposed to storm surges or winds.

This variety offers a wide choice of spots depending on the difficulty of the wave and access to the water.
There are in fact some spots reserved for “locals” on the best days or where a good level of surfing is required to be able to win a place on the line-up. 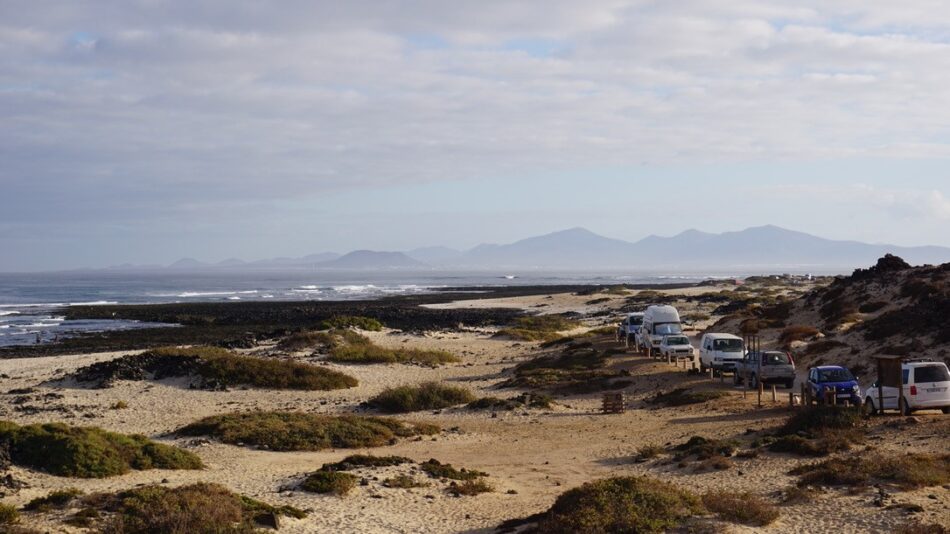 Now that you know why the waves are exceptional in Fuerteventura in winter, here's what awaits you for your next winter vacation.

The winter weather of Fuerteventura

The island of Eternal Spring. Fuerteventura is so called for its pleasant climate all year round.

In summer, winds from the north bring fresh air currents that keep the climate at a temperature that is never too high.

As the climate is particularly dry during the year there is very little rainfall and the air is never muggy.
Winter is the wettest season, although there is only 150 mm of rain during the year.

In Fuerteventura, the sun shines for more than 300 days a year.

This particular climate makes Fuerteventura the perfect destination for winter holidays.
Winter, with its sunny and warm days, can be spent on the beach and the sea, with temperatures between 15 and 25 degrees.

And even if a slightly heavier sweatshirt will be appreciated in the evening, shorts will remain the garment of the whole year.

Request information about ours Surfcamp and our Surf Courses