Thanks to a pleasantly warm climate all year round, the island of Fuerteventura is called the "island of eternal spring".

Season changes are very slight as the climate is mild all year round differentiating more between summer and winter.

Unlike the other islands of the canarian archipelago, Fuerteventura stands out for itsdry air and a very low level of rainfall.
This is due to Fuerteventura's proximity to the African continent.

Another feature of Fuerteventura is that it has more than 300 days of sunshine a year.
During the year there is only 150 mm of rain, mainly concentrated in winter. However, it is rains of short duration.
In fact, any day of the year in Fuerteventura we are sure to see the sun shine.

The climate of Fuerteventura is influenced by the "Canary Current". It is an Atlantic current that produces trade winds that blow continuously from the northeast.
Especially during the summer these winds blow continuously and also with strong intensity. 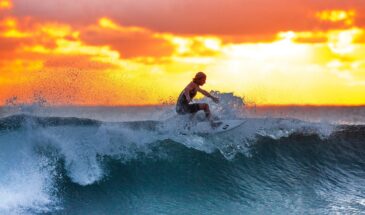 Best time to surf in Fuerteventura

Summer in Fuerteventura is characterized by extremely long days.
In fact it gets to have up to 14 hours of sunlight.

Obviously the sun shines every day and allows you to spend long days on the beach.

In Fuerteventura during summer there are the highest temperatures of the year, usually not higher than 30 degrees.
Usually theese temperatures are notperceived due to the strong winds that blow constantly on the island.
To take advantage of it are all lovers of kitesurfing and windsurfing who find in Fuerteventura the perfect place to practice these sports.

The climate in Fuerteventura in the summer is typically dry, except when there is a wind coming from the east, called Kalima.
This current of air coming from the Sahara desert carries sand into the air and creates a kind of haze that makes the climate particularly humid.

After the summer, when all over Europe is preparing for the arrival of winter, in Fuerteventura it is the opposite.
In fact, during the autumn period the sun continues to shine every day and the temperatures drop slightly, but the wind subsides and makes the perfect temperature to be able to spend the days on the beach.

From December to March, there is the greatest amount of rainfall.
But even during the course of a week you will surely find sunshine in your vacation.

The medium temperature oscillates between 15ºC and 24ºC, and this mild climate makes Fuerteventura a winter destination very popular for escaping the cold of the European winter.

All water sports are practiced regularly, particularly from September to December when the water temperature reaches maximum temperatures.
While in winter it is sufficient to wear a 3mm wetsuit to be able to spend hours in the water. 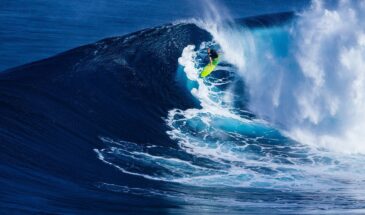 Surfing in Fuerteventura: is WINTER the best season to surf? 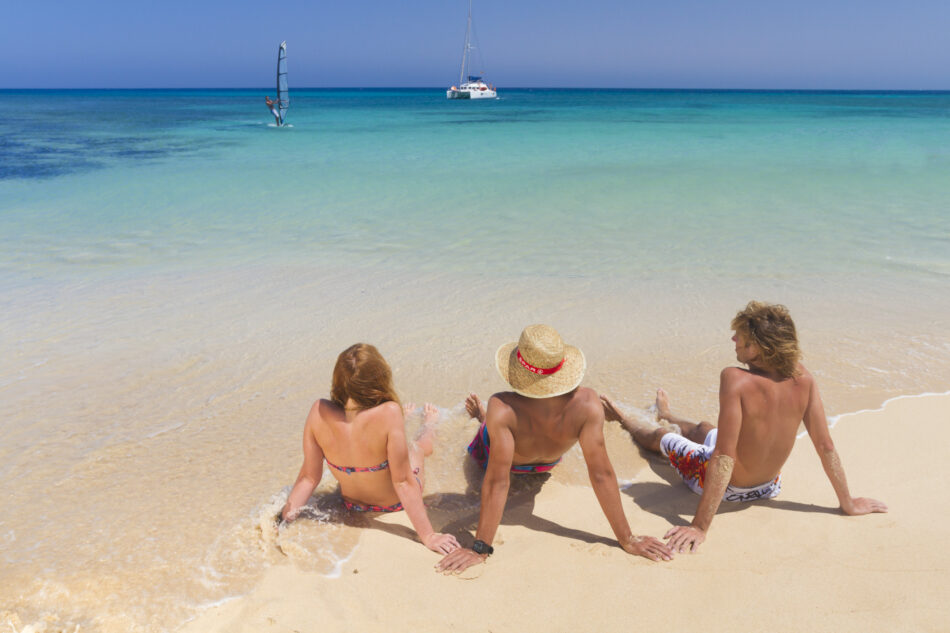 Temperatures in Fuerteventura are typically mild throughout the year.
Fuerteventura is therefore defined as "the island of eternal spring".

The warmer months of the year are July, August and September, when maximum temperatures can reach the 30 ° C.

In winter the minimum temperatures are registered during the months of January and February and can go down to 15 ° C.

Wind greatly affects the perceived temperature.
On summer days when the wind blows, you can easily sunbathe on the beach without feeling suffocated by the heat. But remember the suncream!
Similarly, on windless winter evenings, you can walk by the sea at a pleasant temperature.

It is well known that the rains in Fuerteventura are very scarce throughout the year.

The only rainy months of the year are in the middle of winter, from December to February.
In this period the monthly average remains under 20 mm of water.

The summer season is particularly dry.
Precipitation is practically zero and the sun shines every day.

A peculiarity of the island is the difference that is created between the coast and the hinterland.
In fact, often while the sun shines along the coast, rain falls all around the mountains.

Hours of light in Fuerteventura

Thanks to its geographical position, Fuerteventura is famous for many hours of light during the whole year.
It is in fact located at the same latitude as Mexico and Florida.

During the summer the days are extremely long. In the months of June and July it comes up to 14 hours of sunlight.
During the winter, the days get shorter and there is a maximum of 10 hours of light during December and January.

Contrary to what one might think, the months in which the sea temperature is highest in Fuerteventura are not the summer ones.
In fact, during the summer the water reaches a maximum of 22 ° C, while in September the temperature reaches up to 23 ° C.

During the autumn, in the months of September, October and November, one has the perception of being in tropical waters as the wind blows weaker.
This allows surfers to be able to surf without a wetsuit and swimmers to spend more time in the water.

One of the beautiful features of the Canaries is that you can swim in the ocean even in winter.
Although the sea temperature in Fuerteventura drops significantly in winter, it is still possible to bathe in the sea.

For water sports you need to wear a wetsuit to be able to spend more time in the water, but on a sunny day it will never get so cold.